I recently did the big gig to film my 3rd comedy special.  Through the hard work of myself and others we managed to sell out 90 seats at the very cool Art Boutiki in San Jose, CA.  I was supposed to cap the sales at 80, but we sold a few more to last minute people who emailed and texted me Saturday morning trying to get in after advance sales were cut off. 🙂

This is a preview of 33 Gig Promotion Strategies (And Which Ones Actually Work!). Read the full post (11224 words, 3 images, estimated 44:54 mins reading time)

Not so instant anymore. But still a time saver.

If you’ve been following my Twitter adventures, you’ve seen the basic tools that I’m using.  Pretty much Buffer, Social Bro, and the regular ‘ol Twitter site.  So far I’ve been able to get a lot done with just the free versions of those tools.

But there are a few things I’d like to do that those tools either don’t or make you pay for.  And I’m not down with paying a monthly fee for stuff like that.  Already got enough monthly payments to make! Am I right!? High five!

This is a preview of My Experience With Tweet Adder So Far. Read the full post (1795 words, 1 image, estimated 7:11 mins reading time) 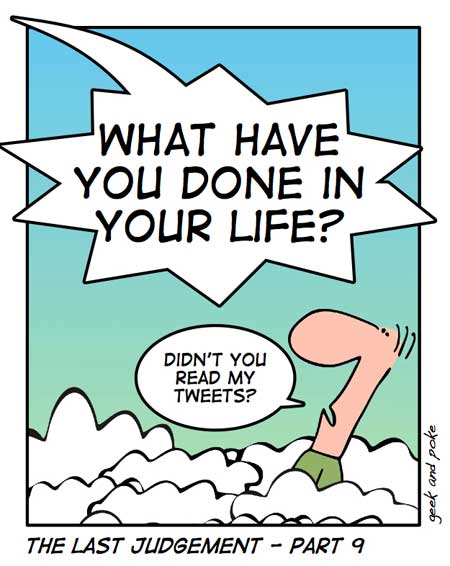 As Facebook starts to become more and more irritating and restrictive, I’ve begun to turn my attention back to Twitter.  Sure, a tweet won’t be seen by any more people than might see a Facebook post, but at least it’s because there’s too much conversation happening and not just because the company wants you to pay for people who already said they want to hear from you.  I’m about ready to put up a dartboard with Zuckerberg’s face on it.

Anyway, let’s get to some Twitter strategy.  I’ve been playing with it for about a month now and getting some decent results.

This is a preview of My Twitter Strategy For Getting Traffic and Gaining Followers. Read the full post (3174 words, 1 image, estimated 12:42 mins reading time)

Did a weird little study tonight.  Awhile back I heard and interview with Rob Delaney on Bullseye with Jesse Thorn.  Great podcast if you haven’t heard it.

I knew Rob was a comic, but I didn’t realize how large a part Twitter played in breaking him to a larger audience.  So I thought I’d sit down and analyze his Twitter feed to see what he’s doing with it.  May seem weird, but I always like to look for the patterns in things the successful people are doing and see how they can be adapted to my own work.